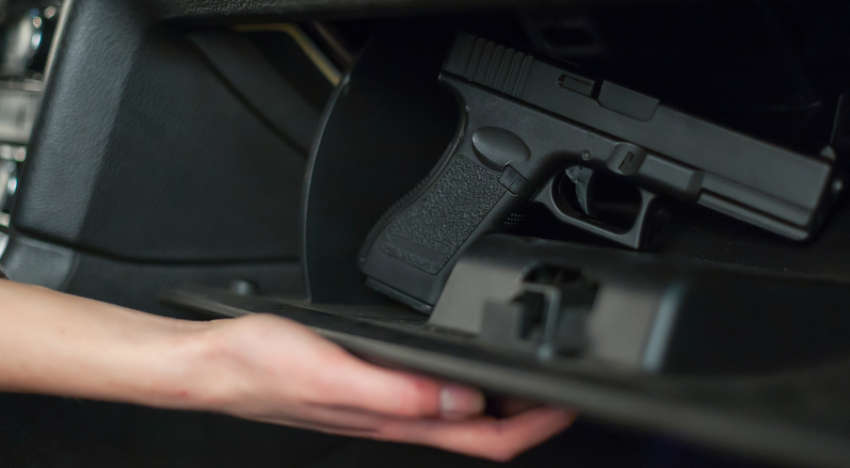 If you own a handgun for self-defense, then you should almost never unload it and in this article you’ll discover why …

And if for some reason you DO have to unload it, then I will tell you how to do it in a way that might just save your life one day.

You might think I’m going to talk about how to safely “clear” your handgun, or give you some safety tips about how to unload it, or something like that but that’s not what this is about.

The truth is, constantly unloading your self-defense handgun could get you killed.

In fact, it almost got one Law Enforcement Officer killed in Georgia (and probably many others we’ll never know about).

Let’s talk about why …

In either case, you should keep it loaded as much as possible.

The problem at this point is twofold:

1. Most people think loaded guns are dangerous and …

2. Sometimes you DO have to unload your gun, in certain circumstances …

So, let’s address those now.

Loaded Guns Are No More Dangerous Than Unloaded Guns

The truth is that you should treat all guns the same.

This is the reason why the FIRST rule of the four fundamental firearms safety rules is “1. All guns are always loaded “.

Logically, we all understand that — at some point — a gun will mechanically be “unloaded” but the point of the first firearms safety rule is that ALL guns are ALWAYS treated as if they are loaded. All the time.

That would imply that, even if you think a gun is unloaded, you follow the other three safety rules by treating it as a loaded gun:

2. Never let the muzzle cover anything you are not willing to destroy.

3. Keep your finger off the trigger until your sights are on the target.

4. Be sure of your target and what is beyond it.

So that you never experience a very, very loud noise when you expected a click. And you never have a negligent discharge where you injure yourself or someone else unintentionally.

In fact, many notable firearms trainers, such as Tom Givens, have pointed out that (once you get past a beginner’s FIRST class where they don’t know a single thing) a “hot range” where all guns are kept loaded (but in the holster) the entire time are often safer than “cold ranges” where the students are told to “unload and show clear” their guns often throughout the day.

This is because almost all people treat their guns with more respect when they know they are loaded and because of this extra care and safety minded attitude, negligent discharges happen less frequently on these “hot ranges”.

The bottom line is that you should ALREADY treat all guns as if they are loaded. Period.

That makes it a SIMPLE two-step decision EVERY time you pick up a gun.

2.) if you are doing ANYTHING else with it, you need to “clear” it first (unload it and check the chamber to make sure that it’s not loaded) so you can perform any number of administrative tasks such as checking the sights, cleaning it, etc.

So, as you can see, constantly unloading and loading your handgun is not going to make you safer. In fact, one could argue that you’re more likely to have a negligent discharge in the process of all this administrative gun handling than at any other time. So, keep it loaded and leave it alone.

How Constantly Unloading A Handgun Almost Got One Policeman Killed

Now, let’s talk about why you don’t want to constantly unload your handgun.

While you should have “practice” ammo and “self-defense” ammo for your handgun, the self-defense ammo that’s in your gun should not be unloaded and reloaded multiple times.

This bulletin released by the Gwinnett County (GA) Sheriff’s Department will tell you why (in full disclosure, I first heard this story from Tom Givens, but here is the full story in written format with emphasis mine):

In September of 2011, a GCPD officer was involved in a situation which quickly became a use of deadly force incident. When the officer made the decision to use deadly force, the chambered round in his duty pistol did not fire. Fortunately, the officer used good tactics, remembered his training and cleared the malfunction, successfully ending the encounter.

The misfired round, which had a full firing pin strike, was collected and was later sent to the manufacturer for analysis. Their analysis showed the following:

“…. the cause of the misfire was determined to be from the primer mix being knocked out of the primer when the round was cycled through the firearm multiple times.”

GCPD also sent an additional 2000 rounds of the Winchester 9mm duty ammunition to the manufacturer. All 2000 rounds were successfully fired.

In discussions with the officer, we discovered that since he has small children at home, he unloads his duty weapon daily. His routine is to eject the chambered round to store the weapon. Prior to returning to duty he chambers the top round in his primary magazine, then takes the previously ejected round and puts it back in the magazine.

Those two rounds were repeatedly cycled and had been since duty ammunition was issued in February or March of 2011, resulting in as many as 100 chambering and extracting cycles. This caused an internal failure of the primer, not discernable by external inspection.

This advisory is to inform all sworn personnel that repeated cycling of duty rounds is to be avoided. As a reminder, when loading the weapon, load from the magazine and do not drop the round directly into the chamber.

If an officer’s only method of safe home storage is to unload the weapon, the Firearms Training Unit suggests that you unload an entire magazine and rotate those rounds.

In addition, you should also rotate through all three duty magazines, so that all 46 duty rounds are cycles, not just a few rounds. A more practical method of home storage is probably to use a trigger lock or a locked storage box.

Repeatedly Unloading and Loading the Same Cartridges Can Ruin Them

So what went wrong, in a nutshell?

Repeatedly unloading and loading the same rounds in this officers gun ruined the primers in these cartridges (in a nutshell). And if the primer doesn’t ignite when struck with the firing pin, the cartridge doesn’t work.

Repeatedly unloading and loading the same rounds can also cause a situation called “bullet setback” where the bullet is pushed back into the brass part of the cartridge causing a dangerous over-pressure situation.

The point is, stop unloading and loading the same rounds in your handgun because nothing good can come of it.

What to Do When You Absolutely HAVE to Unload Your Gun

There are some instances where you HAVE to unload your gun. One reason why is not because you have small children at home (we’ll get to that in a minute). But maybe you only have one self-defense gun and you want to dry fire practice with it every day (which requires the gun be unloaded). Or for whatever reason you need to unload it do to administrative handling of the firearm.

There is a little bit of good advice in that bulletin from the GCPD, followed by some VERY bad advice. Let’s talk about it.

First, Police are generally “issued” a certain type of self-defense ammo and a certain amount. They are working with a “fixed amount” of this ammo, so keep that in mind. YOU do not have that restraint. If you want or need to buy more of your chosen self-defense ammo you can do so whenever you want, so don’t be stingy.

The bulletin says: “… as a reminder, when loading the weapon, load from the magazine and do not drop the round directly into the chamber. If an officer’s only method of safe home storage is to unload the weapon, the Firearms Training Unit suggests that you unload an entire magazine and rotate those rounds. In addition, you should also rotate through all three duty magazines, so that all 46 duty rounds are cycles, not just a few rounds.”

Which is all pretty good advice.

Another easy way to make sure this never happens is to always shoot your chambered self-defense round as your first round at the range.

Now, to finish it up, here’s the REALLY bad advice from the GCPD: “… A more practical method of home storage is probably to use a trigger lock”. Don’t use a trigger lock on a loaded handgun because the gun CAN still fire.

Instead, yes, get a locking safe so you can keep your handgun loaded and “ready” but locked away from small children or other unauthorized people.

In conclusion, stop unloading your handgun every time you get home because it’s not necessarily safer and it can actually get you killed because you can ruin your self-defense ammo.

And if you must unload your handgun for a specific reason, then you need to make sure that you regularly rotate your self-defense ammo.