In 1985, Joe Simpson and Simon Yates decided to climb the Siula Grande — a harrowing, ice-covered 21,000-foot mountain in the Andes.

They successfully reached the top and began their descent feeling as though they’d accomplished their goal — until a horrible blizzard set in. To ensure they didn’t lose each other, Joe and Simon tied themselves together with a rope and began the treacherous trip down.

Joe fell and shattered his leg bone into several pieces. Not willing to leave his friend, Simon was determined to get both of them to safety.

He tried to lower Joe over the edge of a cliff since he was unable to rappel down himself. But because of the brutal snowstorm, things didn’t go as planned and Joe found himself hanging in midair as Simon anchored him from above.

After multiple attempts to lower his friend, Simon began to lose his strength. He knew that he would soon be dragged over the cliff to his own death. So Simon did the unthinkable and cut the rope that was holding his friend.

In what can only be called a miracle, Joe survived the fall and was able to hike several miles on his broken leg back to camp. When the friends united, Joe told Simon that he’d made the right decision and that he would have cut the rope too.

This is an incredible tale of survival. Beyond their sheer bravery and perseverance, if Simon hadn’t been prepared with a knife, they both could have ended up dying.

Even though you probably won’t be scaling an ice-covered cliff anytime soon (I know I won’t), the fact is a quality survival knife can come in handy in a variety of circumstances. Today, I’d like to share with you a few key qualities to look for when choosing a knife on which you’d be willing to bet your life.

The ultimate survival knife should include the following: 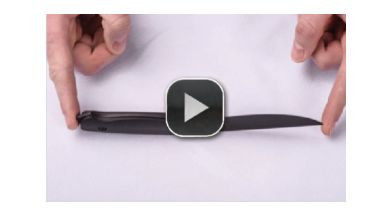 Of course, I certainly hope you never find yourself in a survival situation like Joe and Simon. But if you do, you’ll be much better off if you have a knife that meets the criteria above.