Fending off everything from individual intruders to hostile groups in order to protect your family and property may become a reality following a disaster.

Lawlessness is likely to prevail until order can be restored, and in the meantime you will have a lot to lose. So make sure you don’t lose it.

As we’ve discussed in the past, everyone in your family or group who is trained to use a gun should have at least one, and preferably two. And of course, you should have plenty of ammunition stockpiled for each weapon.

This is the single most important thing you can do to have any chance of remaining in the home you bought and have maintained through the years.

But what you do with your landscaping could also go a long way to keeping angry mobs at a distance, at least until you are aware of their presence and can take appropriate action.

The efforts you make, in advance, to secure your property and turn your home into a fortress could also result in marauding gangs choosing a different house for their takeover plans.

Some hardcore survivalists will tell you that the only real solution to dealing with a catastrophe is an underground bunker where you and your family could live for up to a year. 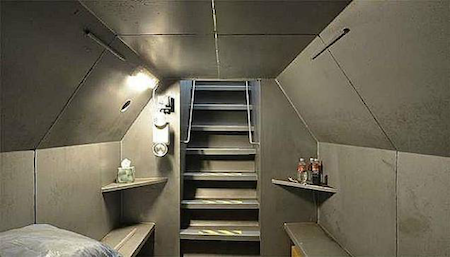 While a bunker may be the only way to avoid fallout from a nuclear attack, it probably is not realistic for most people’s budgets.

In addition, there are ways that the bad guys can flush you out of a bunker, assuming you have some kind of ventilation and exhaust system set up. They could send smoke into your bunker, place a flammable object into your exhaust and light it or drop an explosive into your bunker.

They could also try to drown you with large quantities of water or they could bury you alive with a bulldozer.

Seven Ways to Protect What’s Yours

More realistic — and less expensive — ways of protecting yourself and your home, while continuing to enjoy the benefits of staying in that house following a crisis, are listed below.

Some are probably unrealistic to put in place now — including high walls and a moat — unless your home or bug-out shelter is in a remote location. But now you’ll know what projects you want to start once the stuff hits the fan.

Alarm System — This is something you might already have in place. If not, seriously consider it. It could be of benefit now before things get crazy. And at the very least, it could alert you to an intruder during a crisis, even if there are no authority figures who would be able to respond at that time.

Electric Security Fencing — Very few home invaders want to mess with an electrical shock they might experience by trying to climb your wired fence. You can always keep it turned off until you think you might need it. 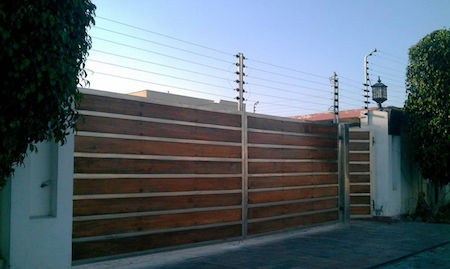 Trenches/Moats — Again, doing this now is probably unrealistic. But having a plan ready to dig a trench 25 yards in front of your front door could end up resulting in a potential intruder thinking twice about approaching your home. Especially if they have to deal with water.

Hedgerows — Planting hedges at strategic points on your property is something you can do now. The idea is to force the intruder to choose the path you want them on as they approach. 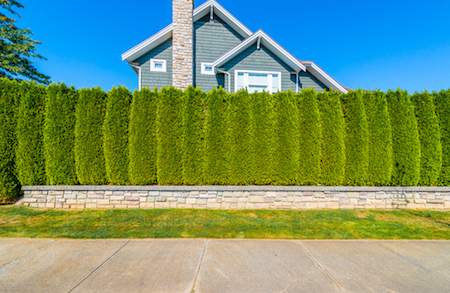 Security Cameras — These could serve you well now, as well as during an emergency situation.

Attack Animals — Some animals that are very well trained can be counted on to attack those who mean you harm, simply by a command from you. 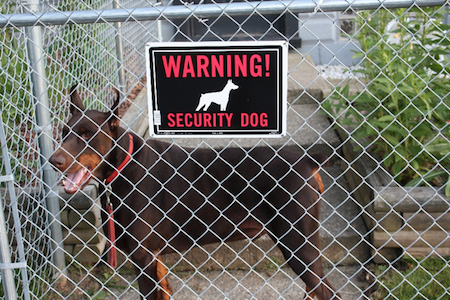 You certainly don’t have to employ all seven of these methods for turning your home into a fortress. But if you can put several of them into effect and be ready to work on others when the time is right, you’ll be much safer when criminals try to kill you or push you out of your home.

[Editor’s note: If you want to learn more about 4Patriots, check out their video on the No. 1 item you should hoard in a crisis, here.]