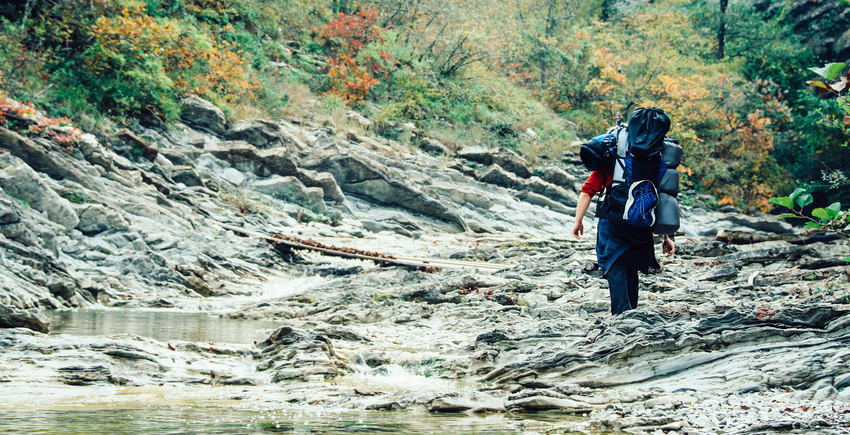 Two missing hikers, who spent almost five days lost in the California wilderness, were found alive after rescuers followed their footprints to a campsite.

Eric D., 33, and Gabrielle W., 31, were located by a campfire late one evening on Mount Baldy in San Bernadino County, California.

Initially, the couple set off on a day hike in the San Gabriel Mountains, but friends reported them missing when they didn’t return that evening.

According to one of the hikers, they lost their way on a trail, then attempted to descend through a valley, which was more treacherous than they expected.

While searching for the hikers, rescuers discovered two sets of footprints in Cucamonga Canyon and begin following them.

Using helicopters, rescue crews flew over the area following the footprints and spotted the two hikers near a campfire.

The couple was running low on supplies when they were airlifted to safety. They rationed food and used a water filter to drink from a creek during the five-day ordeal.

According to Eric D., “We’re very grateful to be found tonight, I’m ready to get to bed and get some rest.”

We all too often hear of missing hikers being lost for days upon days in the woods.

While some of these lost hikers are found by search crews, many perish due to lack of supplies or adverse weather conditions.

Obviously, when you are lost in the wilderness, time is of the essence so you don’t run out of food and water supplies.

With that being said, I want to share with you three ways to find your way to safety, without using a compass.

Keeping that in mind, as you bed down for the night, place a stick pointing in the direction of where the sun sets.

In the morning, this same stick should point in the general direction of the sunrise.

Simply, place another stick at a 90-degree angle to the east/west stick and you will have your north/south bearings as well.

The North Star. The trick to finding the North Star is you need a clear night without clouds in the sky.

Next, you will need to find the Big Dipper, which is easier to spot compared to the Little Dipper because it’s usually brighter and well, bigger.

Then, use the two stars on the front dipper part of the Big Dipper, and picture a line from those two stars continuing up from the dipper.

This line will directly line up with the North Star.

Once you’ve located the North Star, you need to remember its location the next morning.

Find a long, straight branch and lay it on the ground in alignment with the North star and place a rock or something at the North end so you have your directions right at sunrise.

Shadows. If you are lost during the day, you have the added challenge of either waiting for the sunrise or sunset.

You obviously can’t see the North Star and you’ll be at a loss for finding your bearings, but this is when shadows can come into play.

The first thing to remember is the sun’s track across the daytime sky. The sun travels across the sky in an arc that favors the southern sky.

The result is that shadows cast by trees favor North. This is particularly true around noon when the sun is at its highest position in the southern sky.

If you’re in doubt about your direction of travel at midday, the shadows can give you a good clue about which way is North.

The reality is, figuring out which way you want to travel is one thing, but maintaining that direction over time is another.

My point is, that once you identify the direction you want to go, pick a landmark in that direction such as a tree.

Once you reach that landmark, pick another landmark in the same direction so you can maintain traveling relatively straight, so you aren’t walking in circles (it happens a lot).